It is nearing the end of summer in the Burgh which means one of our favorite things is right around the corner…..FALL BEER! It’s no secret that over the last few years, Pittsburgh has made quite a splash with the addition of tons of new microbreweries. Between those spots and classic fixtures like Penn Brewery, you’ll be sure to find some of the best fall beers you’ll ever have! We have rounded up the classic seasonals and some new brews to look out for this year.

How fitting to kick off this list with the craft beer line associated with the one and only, Iron City Beer. Yep, you read that right. Iron City Brewing in Latrobe has been brewing craft seasonals under the title Block House Brewing since 2014! Before you write off a craft brew that falls under Iron City’s label, it’s only fair you give it a try. One of their long-time staples has been their Pumpkin Ale coming in at 7% abv. This beer is spicy, but otherwise follows a great standard for a “Pumpkin Ale,” which is why they must’ve chosen the straightforward name of Pumpkin Ale for this brew. Expect to see this annual fan-favorite in stores near you. This year’s early batch was teased at Pittsburgh Summer Beerfest, August 20th – 21st!

If you’re a beer drinker or German food lover, you’ve likely heard of Penn Brewery. Tucked in the North Side near Troy Hill, this brewery is an obvious pick for fall beers because what says fall brews more than OKTOBERFEST! Penn Brewery has two fall classics, the Pumpkin Roll Ale and their Oktoberfest. Oktoberfest is already available at their North Side location and local stores. With a malty, nutty, and caramel finish, this medium-bodied fest beer is a great choice for fall at 5.5% abv. Try it now or wait for their Oktoberfest celebration on September 17th – 19th and 24th -26th. Their Pumpkin Roll Ale is better suited for those looking for traditional pumpkin-style beer. With all those beloved fall spices like cinnamon, nutmeg, and allspice, this drink is a sweet reminder of the fall favorite, the pumpkin roll at 6.6% abv.

Continuing on the theme of Oktoberfest in Pittsburgh, Hofbrauhaus partakes in the fun fall beer activities as well! While HB Oktoberfest is shipped from the mainland instead of being brewed in the city, that doesn’t mean it isn’t able to be enjoyed with the celebration! Unfortunately, this year’s shipment is on a slight delay so the monthly keg tapping on the first of the month is being moved until the arrival of the Oktoberfest beer. However, worry not! According to Hofbrauhaus Pittsburgh’s social media, the Oktoberfest celebration will still go on as planned with the shipment arriving by September 17th, 18th, 24th, and 25th. After Oktoberfest has its moment to shine in September, the fall brews continue with their amber lager, Festbier as the seasonal brew in October. Both of these brews have a lager feel and pair perfectly with their German-inspired cuisine at Hofbrauhaus Pittsburgh!

Leaning Cask is a microbrewery found in Springdale, approximately 15 minutes from Pittsburgh. This brewery is famously known for naming its beers after dog breeds and their fall release is no exception! Around mid-September, Leaning Cask is releasing their Pumpkin Bay Retriever. This pumpkin ale is a seasonal favorite with its hints of cinnamon goodness. For the first time, this year Leaning Cask is serving their Pumpkin Bay Retriever in cans to go as well! This brew is an imperial pumpkin beer and clocks in at a whopping 9.2% abv.

Another microbrewery on the outskirts of Pittsburgh lies near the Oakmont area. Board games and food trucks are a staple of Inner Groove. Their two seasonal releases this fall are Kissin’ and Squeezin’, a chocolate orange stout, and Hallowed Ground, a pumpkin ale. The Hallowed Ground, at 6.6% abv, is a returning fall fave made with real pumpkin and savory pumpkin spices. This beer along with the Kissin’ and Squeezin’ have yet to be released this year, but follow Inner Groove on Instagram for updates!

There are plenty of other local favorites brewed right here in our city from stouts, to porters, to IPAs, to lagers. Whether you’re a lover of pumpkins or into a more spicy ale, there is something for everyone. Tag us on Instagram when you head out to try some of these local favorites! 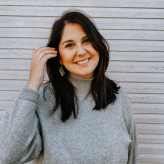 Kick off Labor Day Weekend with RibFest at Heinz Field!