After much awaited excitement, La Bodega officially opened on June 29th this year in Southside on East Carson. The cute spot serves fresh Mexican-American cuisine in a grab and go style, but there are limited spots for those who want to perch and people watch out of the large windows.

There are options for vegetarians, and meat lovers alike, with tacos, burritos, quesadillas, nachos, and taquitos.  La Bodega also has horchata, aguas frescas, and amazing churros.

Personally, my favorite items are the Taco Bodega Box, or the Burrito Bodega Box. Both boxes are reasonably priced, delicious, and let you have a little bit of everything!

Let us know what you think of La Bodega once you’re able to stop by! What are some more of your go-to taco spots in the ‘burgh? 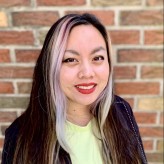 Sophia is a Pittsburgh transplant who has lived in the Steel City for the last 9 years. She's passionate about food, and spends her free time sharing what it's like living (and eating!) as an Asian-American woman in Pittsburgh. You can find her exploring new restaurants, making foodie friends, and trying all the different bubble tea shops in the city.

Treat Yo Self to a Spa Day