AG Forever: A Mixtape for Alex Gordon by Various Artists

Last August, Pittsburgh City Paper’s managing editor Alex Gordon died by suicide. He was a music lover, whether listening to, creating, or even just talking about it. On what would have been Alex’s 34 birthday, his friends released AG Forever in Alex’s memory. It features songs by some of his favorite artists and begins and ends with songs played by Alex. Proceeds are going to American Foundation for Suicide Prevention.

Imagine this: it’s the late 90s or early 00s’, a time when woman rappers are dominating the music charts. You turn on the radio, and you hear fast rhymes, catchy bubbly hooks, and a voice oozing confidence. That’s the mood that Lys Scott’s debut album, squashed dreams & broken wings, radiates. Except add in a sprinkle of heady sound effects and wordplay.

I Wanted to B-Sides by Back Alley Sound

At the beginning of the year, alt hip-hop outfit Back Alley Sound released the album I Wanted to Be. Unfortunately, a few songs written for the project didn’t make the final cut, but instead of tossing them aside, Back Alley Sound repacked the tracks and recently released them as I Wanted to B-Sides. “We didn’t want these songs to fall by the wayside while we keep growing and writing new ones,” wrote the band in an Instagram caption. “So we decided to camp out in Studio 22 to give them a good spit-polish, snag some features from Abstract Theory and Yak, and send them out into the great unknown. We hope you dig them.” 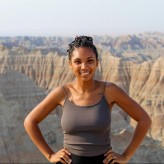 Jordan Snowden is a Pittsburgh transplant who loves all things literature and music-related. She runs @jord_reads_books, a thriving bookstagram (book Instagram) account where she shares her love for reading and connects with other bookworms. You can usually find her at a concert, nose-deep in a book, or hula hooping.