This year marks the 60th anniversary and highly anticipated return of Highmark Light Up Night® with a select number of events during the grand opening day on Friday, November 19th and a full day of festivities on Saturday, November 20th. The return of the free larger than life holiday celebration that yinzers look forward to every year, makes up for lost time with live music and entertainment, tree lightings, fireworks, food, and much more. Keep reading for more information!

Opening November 19th, the Peoples Gas Holiday Market in Market Square is one of the most popular aspects of the holidays in Downtown Pittsburgh. Open daily through Dec. 23, visitors are invited to shop amongst several vendors for unique gifts that can’t be found anywhere else. The market also includes BJ’s Sounds of the Season Stage, with live performances throughout the day from The Evergreens, Kea Michaels, and more. For the full list of vendors visit the market website.

All of the Lights

It isn’t called Light Up Night for no reason! The lights officially turn on at the UPMC Ultimate Holiday Tree Experience lighting at PPG Place held on Friday, November 19th as part of the Grand Opening Day festivities. Over the course of both days, guests can experience the World’s Largest Pickle Ornament at EQT Plaza, the Dedication of Pittsburgh Crèche, (an authorized replica of the nativity featured in Saint Peter’s Basilica in Rome) at the U.S. Steel Tower Plaza, the City of Pittsburgh Tree Lighting with Zambelli Rooftop Fireworks at the City-County Building, the Highmark Christmas Tree Lighting with Zambelli Rooftop Fireworks at Stanwix Street & Penn Avenue, and the BNY Mellon Fireworks Spectacular with Supersized Zambelli Finale at Allegheny Overlook on Ft. Duquesne Boulevard at 9:30 PM on November 20th.

The holiday fun doesn’t stop there! Other events and spectacles include holiday ice carvings including a sculpture paying special homage to the 60th-anniversary of the celebration, Ice Skating at the UPMC Rink at PPG Place, and Spirit of Giving Around the World, a window display of 16 life-sized Santas and paintings depicting holiday traditions from around the world, at Two PPG Place along Fourth Avenue. 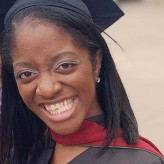 Plan Out Your Holiday Shopping With These Local Deals

0
Rebecca Hansborough November 19, 2021
No Comments Yet