Being a mid-sized city can be a gift and a curse.

No matter what happens in Pittsburgh, it will never gain the acclaim of New York or L.A. That’s not to say that Pittsburgh hasn’t played a pivotal role in America’s development. It certainly has. And it still is.

But if you find yourself questioning the contributions of the Steel City, beyond the obvious, allow us to present you with a list of things Pittsburgh has given to America. You can thank us later.

Victory over the French

If you paid attention in American History you know that Pittsburgh, specifically the forks of the Ohio River, was a hot commodity back then. Does the French and Indian War ring a bell? William Pitt was Secretary of State during this time, helping strategize and manage war supplies, ensuring a victory over the French.

The REAL Gateway to the West 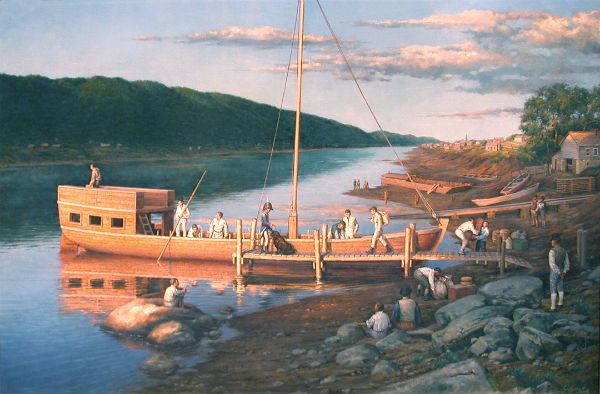 The Gateway Arch in St. Louis was built to commemorate westward expansion and explorers like Lewis and Clark. Which kind of funny because, according to Meriwether Lewis, their expedition was launch from Pittsburgh – a frontier fort that built the boats, supplied the provisions and served as an access point to westward river travel. Sorry, St. Louis.

There was a time when Allegheny County cranked out enough whiskey to give a half barrel to every man, woman, and child living in America. Then, when the government tried to tax whiskey, farmers in Pittsburgh region protested in what would become known as the Whiskey Rebellion.

Titans of Industry (and Philanthropy) Andrew Carnegie gave us Carnegie Steel and then gave away almost 90% of his fortune. The Mellon family, founders of Mellon Bank are patrons of Carnegie Mellon (with their buddy Andrew). The H.J. Heinz Company is known for processing food but also preserved the arts when the Heinz Endowments joined the Richard King Mellon Foundation (yep, those Mellons) to form the Pittsburgh Cultural Trust. 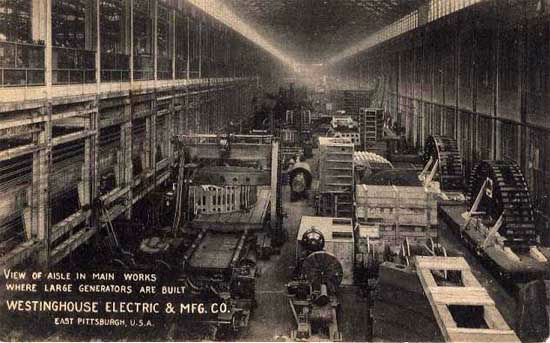 Ben Franklin may be discovered it, but engineers at Westinghouse Electric in Pittsburgh developed the alternating current, making the long-distance transmission of electricity a reality for the first time. Take that Ben. 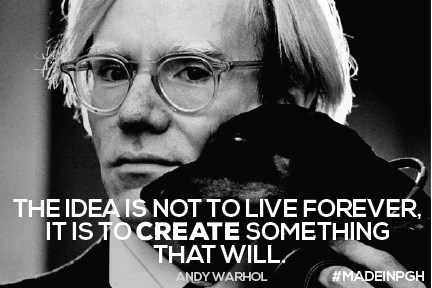 The book Silent Spring, authored by Pittsburgh’s very own Rachel Carson, resulted in a nationwide ban on DDT and other harmful pesticides, spawned the grassroots environmental movement and eventually led to the creation of the U.S. Environmental Protection Agency. In three decades on television, Mr. Rogers Neighborhood symbolized everything that was right in children’s entertainment and education. And his work doesn’t go unnoticed Mr. Rogers received Presidential Medal of Freedom, a Peabody Award,  is in the Television Hall of Fame and the Smithsonian Institution has one of his sweaters on display.

All of those emojis on your fancy smartphone  wouldn’t exist if it wasn’t for Scott Fahlman of Carnegie Mellon University in Pittsburgh, who created the internet emoticon in 1982. 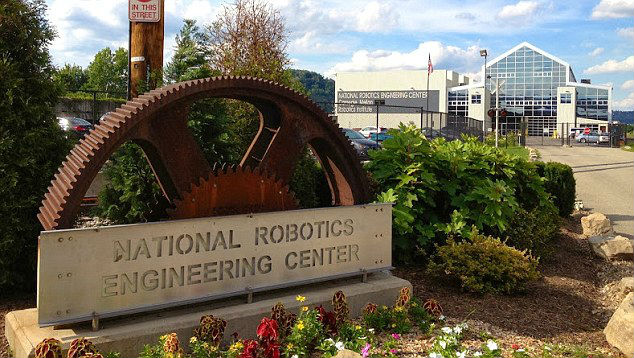 In 1979 the first Robotics Institute in the states opened at Carnegie Mellon University. Nowadays Pittsburgh is a hot spot for robotics boasting programs that will use robots to deliver packages to space and technology used in self-driving vehicles. Fans of golf know Arnie as one of the greatest players in the history of the game. But the rest of us know this Latrobe, PA native for his favorite beverage: The Arnold Palmer – ice tea and lemonade in one. Just add some liquor and golf is instantly more fun. 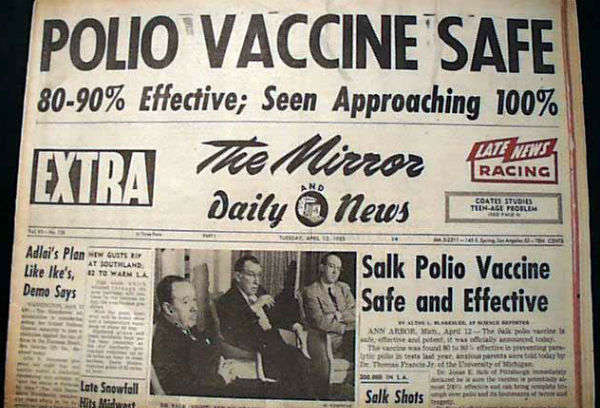 By the 1950’s polio had struck nearly 58,000 people, rising to pandemic proportions. The breakthrough that led to the eventual eradication of polio was developed in 1952 by Jonas Salk at the University of Pittsburgh. In 1893 a civil engineer and bridge-builder from Pittsburgh, named George Washington Gale Ferris Jr. designed and constructed the first Ferris Wheel for the World’s Fair in Chicago. The wheel, which was was over 264 feet high and capable of carrying more than 2,000 passengers at a time, was manufactured in Pittsburgh by the Bethlehem Iron Company.

Fries on a sandwich (and salad) 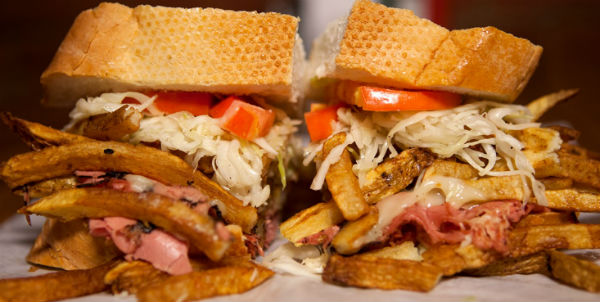 Leave it to Pittsburgh to make an already massive sandwich even more epic with the addition of French Fries. Primanti’s has been a Pittsburgh staple since the 1930’s. These days you can enjoy a Primanti’s sandwich shipped to you anywhere in the country. You can also thank Pittsburgh for the French Fries on your “Pittsburgh salad.” Better make that lots of startups and really smart people. Those distinctions have a lot to do with the fact that Pittsburgh is home to Carnegie Mellon University. They’ve basically created the computer sciences and robotics as we know them today. Plus, CMU alumni are listed as playing a role in more than 1,000 companies on AngelList and raise more money in the first VC round than grads of any other school. 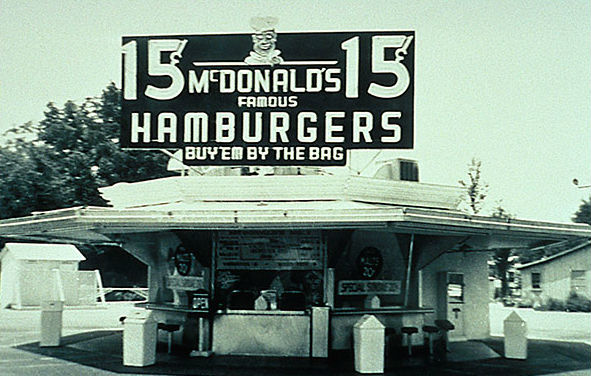 That’s right fast food lovers, the Big Mac originated in Pittsburgh. It was created by Jim Delligatti at his Uniontown McDonald’s. After some test-marketing in other McDonald’s locations, the Big Mac became a menu mainstay in 1968. The original prototype that became what we know as a Jeep, was developed and built at the Butler-based American Bantam Car Company. Bantam was awarded the first government contract, but couldn’t keep up with the production of Willy’s and Ford, who eventually won over the U.S. Department of War. Yep, Pittsburgh gave the world television and radio. Well, kind of. Pittsburgh-based WQED was first community-sponsored, educational television station, and the fifth television station overall, in America. WQED also became the flagship station for Mr. Rogers and Carmen Sandiego. Then there’s KDKA AM, the first commercial radio station. On Nov 20th, 1920 the first KDKA broadcast was the election returns from the  US presidential race. The broadcast took place in a make-shift on the roof of a Westinghouse Electric Company building in East Pittsburgh. 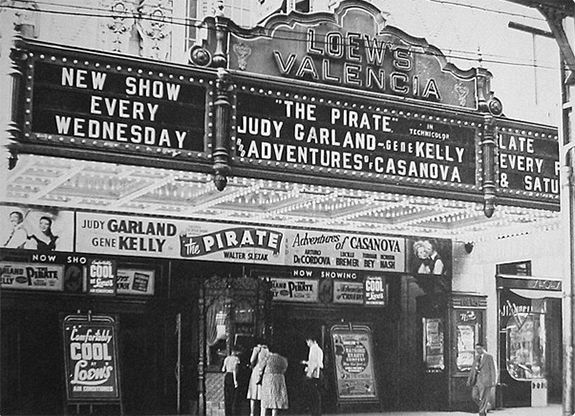 Ever enjoyed an evening at the movies? You know, a first date. Hopefully some popcorn. Well, that experience was possible because of Pittsburgh. The “Nickelodeon” on Smithfield Street in Pittsburgh was the world’s first theater devoted to the showing of motion pictures. In the 1880’s Andrew Carnegie was hard at work transforming Pittsburgh into the epicenter of the steel industry. During that time Carnegie Steel was the largest manufacturer of pig iron, steel rails, and coke in the world, able to produce more than 2,000 tons of pig iron per day. By 1890, U.S. output of steel topped that of Britain. In 1901, Carnegie Steel became U.S. Steel – the world’s first billion dollar company. The holdings included 213 manufacturing mills, 1,000 miles of railroad, 41 mines and accounted for 66% of America’s steel output.

[join]What do you think about this list? Did we miss an important Pittsburgh contribution? Let us know with a comment here on facebook. [button text=”Click Here to Leave a Comment” link=”https://www.facebook.com/madepgh/posts/1650009915072611″ target=”blank” width=”full” color=”black” size=”small”][/join]