It’s official: the fall beer season is in full brewmaster mode, whether you’re grabbing those suds at your local fall fest, cuddling on the couch watching a spooky movie, or dining out with your beer companions as the nights get darker and longer. Here are seven places offering seasonal brewskis:

Let’s get spooky! Located in the heart of South Side, Fat Heads Saloon has been sliding beers to hands since 1992. Their wide, classic selection of beers has become crowd favorites, and the seasonal Spooky Tooth holds the same praise. This spine-chilling, spooky brew has notes of pumpkin, sweet malt, pie crust, and spice and is 9% ABV.

Take a day trip sip to Slippery Rock relax at the North Country Brewpub, The Harmony Inn, or the North Country Brewing Cannery & Taproom. You’ve got options! As far as sips go, there are a handful of seasonal options as well. Taste the Sour Series Peach Cobbler inspired by the owner’s grandmother’s peach cobbler. This beer is brewed with cinnamon, lactose, brown sugar, and over 150 pounds of graham crackers. Then it is conditioned on Madagascar vanilla beans and about 1000 pounds of peach puree. Also, try the popular Late Night Pumpkin to get your pumpkin fix, Field Notes, an old-world Oktoberfest, or their Cobbknocker S’mores Stout to have in hand at a crisp-air bonfire.

Southern Tier Brewery Pittsburgh has your fall tailgate beer options in the North Shore with seasonal and limited-run beers to get you ready at Heinz Field. Going pumpkin crazy, they have their acclaimed Pumpking as well as Cold Brew Coffee Pumpking, Harvest Autumn IPA, Warlock (another pumpkin brewed favorite), and other traditional tastes such as their Octoberfest.

Available at all Helltown Brewing locations, Headless Wylie brewed by Rivertowne Brewing, sets the bar at 8.1% ABV. Losing your own head, you’ll go mad for this pumpkin pie-inspired ale!

If you’re looking for a cold one in the North Hills, stop by Full Pint Beer to savor this white stout, Dawn of the Living Stout. Notes of coffee and cocoa, this pint will infect your tastebuds with robust, rich flavor.

Roundabout Brewery is right around the corner in Lawrenceville for a perfect, glowing, and golden Oktoberfest at 6.8% ABV. With their own personal take on a German lager, this cold one has notes of caramel and malt with the sweetness of the malt balancing with German Tettnang hops. Plus, Roundabout will be releasing their Jacked Up O’Lantern Stout in mid-October. A fan favorite since 2013, the brewery uses coffee from La Prima Espresso Co. as well as combining ginger, cinnamon, nutmeg, and allspice (but not too much) to really carve out a great tasting experience. Cheers!

Located in Mt. Lebanon and Sharpsburg, Hitchhiker Brewing Co. brings back their ultimate Throwback Pumpkin Ale. This beer is brewed with pumpkin and then conditioned on pumpkin spices and vanilla. Order beer to-go for touchless, convenient pick-up, too! 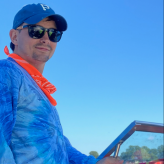 Colin is a Pittsburgh born and raised, daydreamer, restaurant foodie addict whose passions include running, thrifting, camping, and having a healthy amount of coffee or Malbec (depending on the time of day) . As a typical jagoff, you can catch him shopping in the Strip, running in Highland Park, or finding the best hiking views just outside of the city. He is a content manager for YaJagoff Media LLC and currently lives in Etna, PA.

A View of Beautiful Bellevue