If you love dancing and you’ve never heard of the Pittsburgh dance night Second Skin, you’re missing out. Second Skin is reminiscent of an 80’s night at first glance, but the songs are from all eras, and they tend to be a bit more underground. Imagine your favorite Cure songs mixed with similar guitar and synth-driven dance songs that you wish you’d heard years ago. The energy is incredibly high and positive; you can tell people come here specifically to dance.

The inaugural Second Skin kicked off on January 31, 2015, making January 17, 2020, their 5th-anniversary celebration. The dance party takes place at Brillobox, a beloved Bloomfield lounge, and venue. The DJs are longtime friends and self-proclaimed music nerds. Erica scary, huck finn, and a.grey, the creators and DJs behind Second Skin, took some time before the 17th to let us behind the curtain and answer some of our questions.

Could you give me your name, age, and your favorite band?

Erica: Erica, 40, The Cure
Sean: Sean, 46 (old). Boy, that’s a tough one. Probably, The Cure or New Order
Aaron: Aaron, 40, So tough to decide a favorite, New Order or The Chameleons or, ugh, The Cure also for me. As you can tell, we are all pretty aligned.

How did Second Skin begin?

Erica: Aaron contacted Sean and me to start a post-punk night with him, we both accepted, and the rest is history!
Aaron: Yeah, I DJ’d an indie dance night years ago at Brillobox, and Sean had another night. I knew Erica DJ’d in Philly too.

Five years ago, I had moved back to Pittsburgh after living in San Francisco for two and a half years. I love dancing more than anything, and I wanted to get back into the swing of DJing in Pittsburgh. San Francisco had this fantastic night called Shutter at the Elbo Room that was all post-punk, darkwave, and goth. The DJs there were great, Nako, Omar, and Justin. Anyway, I loved that Pittsburgh has always had an 80’s night. I wanted to do something similar, but more post-punk and obscure, inspired a lot by Shutter.

Sean and Erica were my first choices, and they said yes, thank goodness. And Brillobox has always felt like home to me, so the stars aligned, and Second Skin was born.

What should people expect from Second Skin if it is their first time attending?

Erica: I would say expect to hear a combination of 80s new wave classics, obscure post-punk tracks from all decades, 80s gothic rock, and so much more. The crowd also varies a lot because we are excited to entertain everyone. Expect to see folks of all ages from punks, to artists, to regular folks, but what unites us all is our love of dancing.
Sean: Like Erica said, it is a mix of post-punk, synth-pop, and new wave music from all eras played for a fun, welcoming crowd. The crowd at Second Skin has become more and more diverse, but everyone seems to get along and have a great time moving to the music!
Aaron: Totally, it is all about music, dancing, and a safe space for everyone. It is essential that it feels inclusive. All three of us dance on stage while we DJ. I only got into DJing because my DJ friends pointed out that I danced at all their nights. We love music, and we want to share it with everyone.

How did each of you start DJing?

Erica: I started DJing in Philadelphia at a club called Club 218, which was off South Street around 2003 or so. My boyfriend at the time was in a lot of punk and garage bands, and he also DJed, so he encouraged me to learn because he thought I knew a lot about underground music.
Sean: I started DJing in High School. A friend of mine started DJing high school dances and parties, and things kept going from there. I DJ’d for my college radio station and different events during that period, which led to various residencies, DJing weddings, etc. I’ve been at it at different levels of busyness throughout the years, but I’ve never really stopped.
Aaron: As I said above, other friends of mine already had DJ nights back in the early 2000s. I was the unasked for resident dancer. Ha. They asked me to guest DJ here and there because I knew all the songs and I was already at the events. From there, my friend Kristen and I started collaborating, and then I never really stopped either.

Where does the name Second Skin come from?

Erica: From a song similarly named by the Chameleons (which is one of our favorite bands).
Aaron: Yes, The Chameleons song is the main reason for the name. I also love the song Second Skin by The Gits.

What is your favorite part about DJing?

Erica: I love to DJ because I’m a very introverted person, but DJing forces me to be more social and pushes me to perform in front of others.
Sean: I love seeing people have a good time and getting lost in the music. Dancing is such a visceral experience. I love being people’s “cruise director” for the night and helping to guide everyone through their experience. DJing has never been about the technical aspect for me, though I do feel it’s essential to have good transitions. It’s more about giving the crowd what they want, even if they might know what that is themselves…and keeping the energy high. If I can help introduce people to new music, that’s always a bonus!
Aaron: I couldn’t agree more. I am also pretty introverted and have a hard time interacting with large groups of people. I love making people happy though. I love sharing that experience. I don’t know if it is dehydration, sensory overload, or the sheer joy serging through everyone, but I feel euphoric dancing. There is nothing like 4 hours of straight dancing to rip right through you and clean off all the anxiety of life. “Dance Yrself Clean”

How long does it take to decide on your set for each Second Skin?

Erica: I spend a few hours before each DJ night preparing. To be honest, I listen to music every day, pretty much all day, so I’m always looking for new songs. This is mainly because I DJ a variety of different events in Pittsburgh throughout the month, including hardcore shows, indie dance nights, etc. My breadth is pretty comprehensive when it comes to music. Still, the music we play at Second Skin is my favorite.
Sean: I take a half and half approach to preparing for Second Skin. What I mean is that I like to throw in a few new tracks that maybe I’ve found recently but also like to keep the right amount of old standbys that I know I can call upon at any time and get a good reaction from. I want to have some fluidity to my set and be able to change up at a moment’s notice in which I feel the mood or feel needs to change. Good DJing is about reading the room.
Aaron: I’m such an anxious person that I always prepare a playlist of about 2 hours worth of music for each dance party. I pick new songs and some old favorites also. I look at my past playlists to make sure the New Order song I want to play this time, for example, hasn’t been played by me in the last couple of months. Funny thing is that all this prep, which is also a couple hours, gets thrown out the window the minute I start to DJ. Like Sean said, it is all about reading the room. I use the playlist I created to remember some tracks I planned for and to slide them in if it feels right, but I just wing it on the spot. All that prep is so I am not a nervous wreck going in.

What was your first-ever concert?

Erica: My parents are huge Bob Dylan fans, so they took me to see him at the University of Delaware in the early 90s.
Sean: U2 Joshua Tree tour 1987. Fantastic show
Aaron: Oh wow, I didn’t know about you seeing U2 on that Joshua Tree tour, that’s great. My first concert was REM at Star Lake Amphitheater in 1995.

Erica: My Bloody Valentine-Slow because I LOVE shoegaze, but I’m always insecure about playing it to the crowd at Second Skin. I’m not sure how it will be received since it’s not mainly danceable.
Sean: Hmm, I’d have to agree with Erica. I’d love to play some Slowdive or MBV or even Ride (I’m also a huge shoegaze fan), but that stuff just doesn’t seem to be what’s called for during Second Skin. Maybe we can do a shoegaze listening night sometime??
Aaron: One of my favorite New Order songs in Sunrise off of Low Life, but I don’t play it. I often pick one of a million other ones that are more crowd favorites or a little more dancy. That song rules, though!

Do you see doing Second Skin for another 5 years?

Thank you to Erica, Sean, and Aaron for taking the time to chat with me. Can’t wait to see you on the dance floor on the 17th. 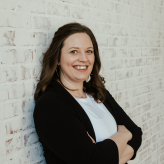 Brand Manager, Made in PGH

Chelsie is our Brand Manager here at Made in PGH. She is focused on content, event and brand strategy. If you want to chat about any partnership opportunities, reach out to info@madeinpgh.com! Let's talk over a cup of joe!

Start Off the New Year With New Events

0
Chelsie Masciola January 8, 2020
No Comments Yet