It’s spooky season so it’s time to explore some of Western PA’s scariest haunts. We recommend bringing a flashlight and some company– you wouldn’t want to be caught by some of the ghouls that occupy these haunted places.

The area in the Northside that the National Aviary sits upon was once the Western State Penitentiary from 1826-1882. During this time, the Western State Penitentiary was known as a violent prison that held Confederate soldiers. It’s said that these spirits now haunt the halls of the Aviary (admission is free when you’re dead, you know.) Spirits are seen roaming the halls and radios have turned on seemingly on their own.

The Carnegie Library is commonly known as both a library and an exciting concert hall. However, spooky things are known to happen as well. Some say the haunting dates back to the late 1800s when a steel worker mysteriously drowned in the library’s outdoor pool. Books are known to fly off shelves and female laughter is heard echoing from below.

Don’t go to Blue Mist Road at night unless you’re looking for a scare. While runners find it a peaceful place during the day to go for a jog as soon as the sun goes down the haunting begins. This road is closed to traffic these days (probably because it’s haunted.) Legend says a mother and her children were murdered here and discarded in a septic tank. They now chase any trespassers who dare to enter at night.

This facility, once known as the Lawrence County Home for the Aged, housed mentally ill, severely destitute, and the elderly from 1926 to 2004. While the doors have been closed since then, the activity of spirits is still prevalent today. This manor has even been featured on Ghost Hunters!

The House on Ridge Avenue

Once dubbed “The Most Haunted House in America” and “The House the Devil Built,” this spooky mansion is not for the faint of heart. It was built in the 1860s by Charles Congelier for his family. After his wife realized that he was having an affair with the maid, she took a meat cleaver and severed both of the lover’s heads. She was later found humming lullabies to her husband’s skull and haunts the house to this day.

If you’d like to learn about more haunted places in Pittsburgh head to last year’s article: 11 Top Haunted Place in Pittsburgh 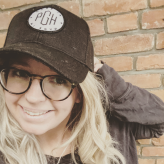 Digital Strategist, Made in PGH

Bryer is a born-and-raised Pittsburgher who is deeply entrenched in the local food and culture scene. When she's not checking out new galleries and shows, you can find her tasting some of the best dishes the city has to offer or hiking outside! Right now, Bryer lives in the South Side with her fiancé, Oscar, and their two dogs.